Walking through aisles at pet stores, it’s easy to see the appeal. There’s bright colors everywhere, adorable animals, an aquarium-esque fish wall, and tons of toys and treats for various pets. But there’s a darker side to these pet stores, a side that really pushes the ethical boundaries of how we treat our future pets.

I used to work at a big brand pet store, so I was able to see first hand the behind-the-scenes action of those huge pet emporiums. Let me preface what I’m about to say with this: the daily workers at the pet store, the managers, and even some of the higher ups do genuinely care about their jobs and about the animals whose health is directly affected by their actions. Most of my ex-coworkers cared deeply about the animals and most of them had more than ten pets at home, a majority of which were actually adopted from the store when the store wasn’t able to sell them. The inherent problem here isn’t with the workers: it’s with the processes and operations set by those who are really making money off of the store, those who profit from the idea of a building stocked up with animals in tiny cages.

While I was lucky enough to work in a place without a permanent puppy adoption center, this is a real issue for a lot of pet stores. They receive puppies constantly from puppy mills, which are a terrible commercialized way of over breeding to produce “adorable” puppies; puppies that have severe genetic problems, diseases, and stress, which as you can imagine, lead to horrific death rates among the puppies born at puppy mills. The puppies, additionally, are kept in brutal conditions: tiny cages, little feeding or water, and little cleaning. Pet stores often lie about where they get their puppies from, to make matters worse, and customers have no way of knowing. 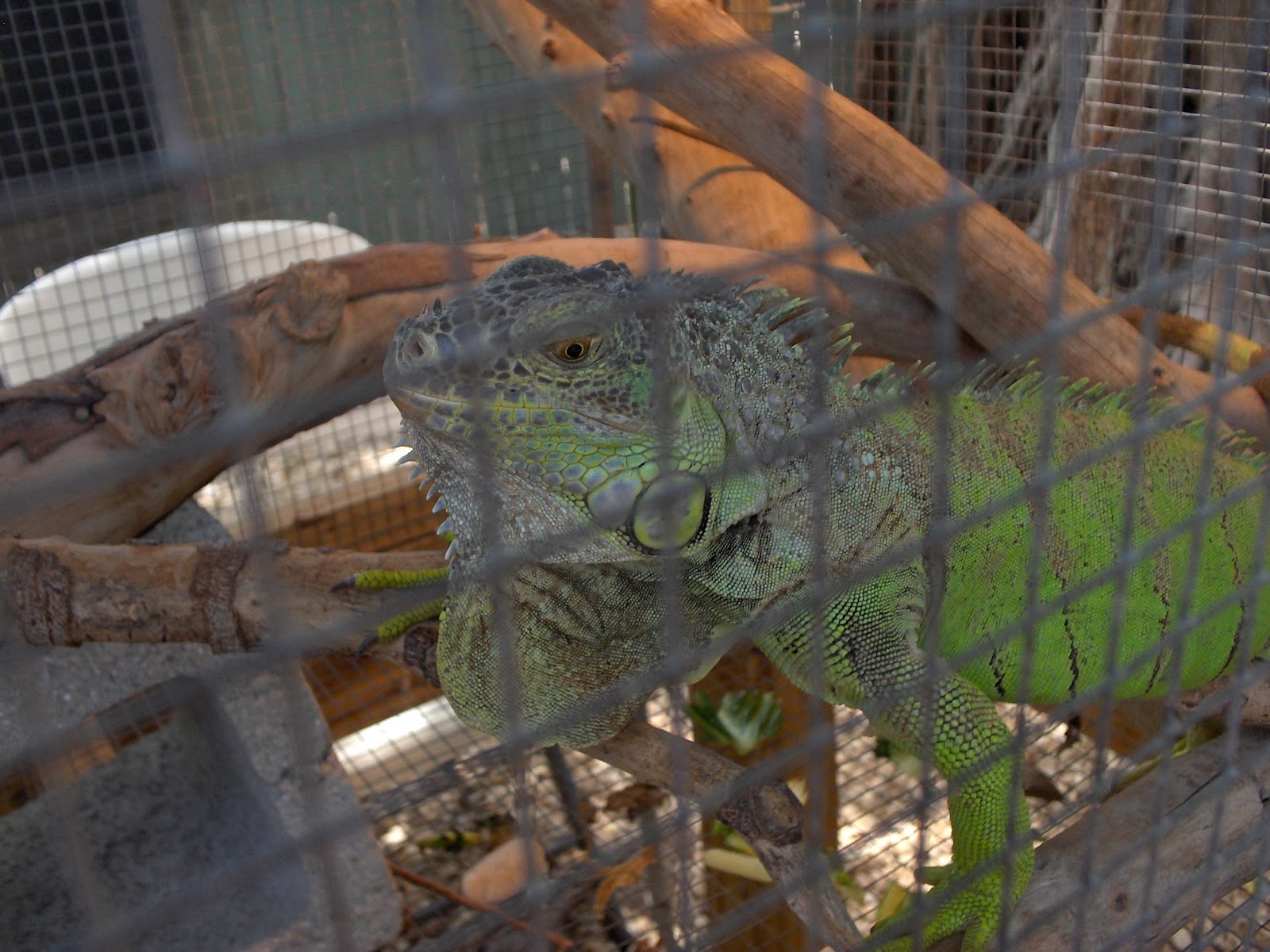 Unhappy Pets on the Sales Floor

Now, the issue with the other small animals. To start: the animals are kept in cages that are way too small, often overcrowded with other animals, in a very bright and scary environment with lots of small children yelling and tapping on the glass.

Like puppies, these animals are farmed. In fact, every week, the store receives a shipment of animals trapped in cages and cardboard boxes that sits on the floor until a worker unpacks them. The animals are then unpacked and placed into their prospective cages.

There’s a psychology that becomes problematic with pet stores, and that is this: The store provides incorrect expectations for pet owners on how their pets should be kept and how they should be maintained. A customer walking in to purchase a pet will see the tiny cage, and will assume that is how the animal should be kept. Several times working there, I had to explain to customers that the foot by foot cage these four hamsters are kept in is, in fact, not how four hamsters should be kept. “But the store keeps them this way, why can’t I?” is usually the response I would get, and I would be left speechless. The animals are kept inhumanely for the sake of making money, and there was nothing I could do for them but care for them the best way I could.

The reptiles, in particular, were kept incorrectly. Bearded dragons, the cute little lizards often sold at pet stores for how small they are as babies, are not supposed to be kept on loose substrate. This can cause gut impaction and can lead to death for these poor lizards. It is also especially dangerous for beardies to be kept in overcrowded tanks, because they actually compete to soak up the UV light and will harm the other beardies’ growth. Also, you’ll notice that pet stores generally only keep small beardies. That’s because it’s cheaper to cram a bunch of little lizards into one tank than to have one grown-up beardie taking up space in one tank. The best size tank for a bearded dragon is a 125 gallon. Most beardies at pet stores are kept together in 10 gallon tanks.

Fish being kept in improper tanks is a huge issue. Betta fish in particular, famed for apparently being able to be kept in extremely small tanks, are actually supposed to be kept alone in tanks no smaller than a 2.5 gallon. The store I worked at sold 0.75 gallon sized tanks.

The fish also die extremely quickly. Part of my job on a daily basis was to scoop the dead fish out of their tanks. The fish, especially the oscars, are kept together in extremely small tanks. One oscar needs 55 gallons of swimming space to itself. Like the animals on the sales floor, this is waved aside on the excuse that “the fish are bought quickly enough to justify keeping them in these small tanks.” But this isn’t true, and most fish succumb to the stress anyway. 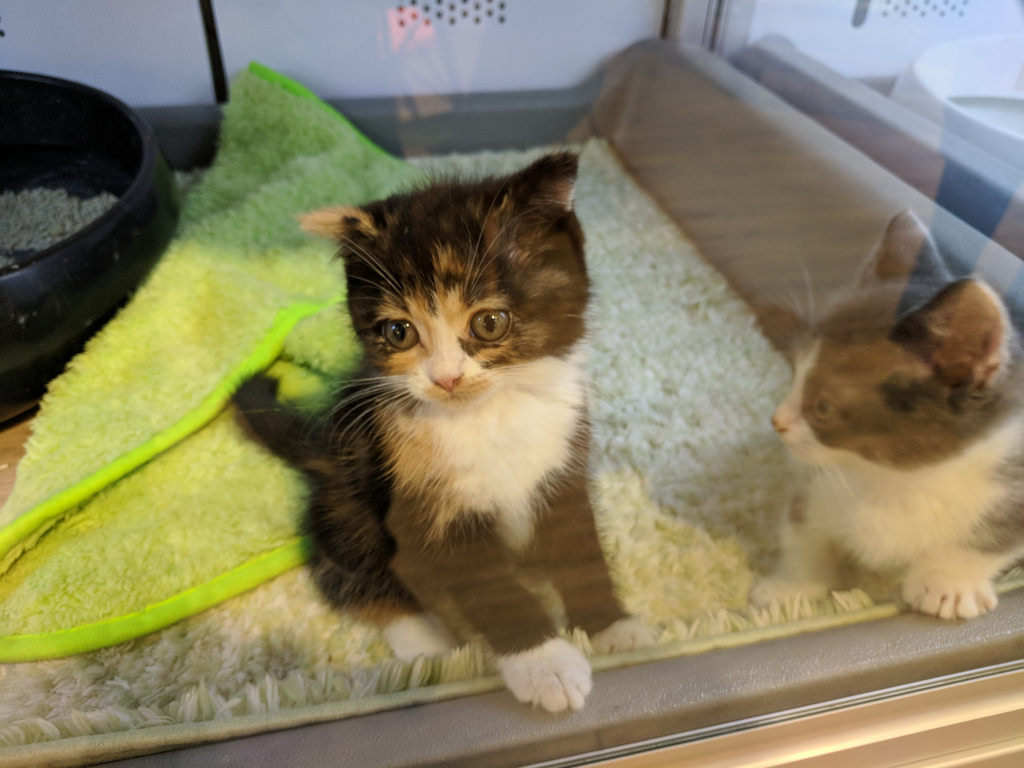 Ultimately, big brand pet stores like the one I worked at are incredibly dangerous for the animals involved. The animals are kept in inhumane conditions, and often die to the stress, the lack of space, and the uncleanliness. Even if they are purchased, they are sold to people who are often buying on impulse and who have incorrect information. This is an unhealthy practice that only profits the store and the brand.

So what do you do instead when you want your next furry, scaly, or feathery friend? Adopt or rescue. This is the best way to save animals without a home from inhumane conditions, and give them a comforting new family. You also save them from the risk of being put down, and, best of all, you’re not backing an unhealthy business that treats animals poorly.

Find your local adoption shelter here.
Donate to the ASPCA and/or the Humane Society of the United States.